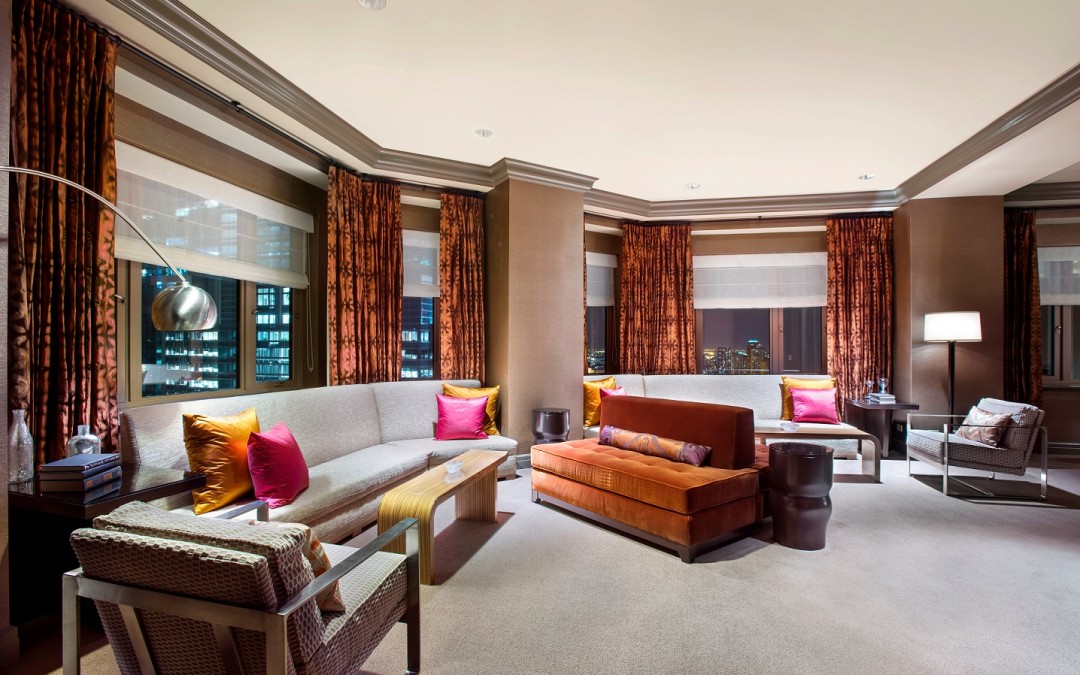 I have written previously about some of my experiences working as the PR Director at Hyatt Regency Chicago, the city’s largest hotel and Hyatt’s largest property. Presidents, foreign dignitaries, and A-list celebrities were common place sightings at the property, whether they were staying as guests, speaking to 2,000 people in the ballroom for a function, or simply attending a meeting.

Hyatt is a great brand and although the property that I represented was extremely large, the attention to detail at this busy hotel was always meticulous. When you work in the hospitality sector, you well know and are instructed that every guest is considered to be a VIP. However, I remember once when one guest got the kind of welcome reserved for very few: All 1,600 employees of Hyatt Regency Chicago lined up at the red carpeted entrance of the hotel to wait for a limousine to pull up. We formed in two lines to create a walkway to applaud for this individual when he got out, and the long line snaked throughout the hotel. Was the person a celeb or President Clinton? No. The person getting out of that limo made the decision as to where RSNA, the Radiological Society of North America’s convention, a massive convention with doctors from around the world attending, would be held.

Over the five years that I was on property, I witnessed how diligently and maniacally the sales department would work to recruit large and small business to Chicago, collaborating with the staff of the CCTB (Chicago Convention & Tourism Bureau) led by Jim Reilly (now called Choose Chicago and led today by Don Welsh) and the Chicagoland Chamber of Commerce under the late, beloved Jerry Roeper (now led by Theresa Mintle). Most business that is being chased can often have a five to ten year plus lead time. I well remember meetings where leads were discussed, and the progress reported. The pressure was enormous on the sales staff.

One instance I remember over this time period is telling. I had worked for Hyatt at this point for maybe four years. It was a Friday, and I was meeting my girlfriends for drinks. They called me and said, “We can’t get a cab! It’s crazy in the city!” I sat back and remembered a piece of business that Ty Helms and Steve D’Agostino had talked about in Executive Committee meetings for years, one that they had successfully obtained with their team, and this was the weekend that it was in the city. I felt so proud of the sales team, and thought of all their meetings, their creativity, and the relationship building that had gone into the securing of that large convention.

Working on the inside, I could also see how the hotel’s staffing levels went up when this kind of business was secured. Housekeepers that had six kids were thrilled that they would be scheduled, and that went for the bellmen, doormen, wait staff etc. I could see how additional cab drivers would line up at the hotel.

I began to think about my role in aiding the Sales Department. How could I help them book business? All of it only reaffirmed my love and passion for PR, and practicing public relations that would improve the business’ bottom line.  But it became a bigger and even more powerful understanding of what it meant to do my job responsibly to support them. It wasn’t only the idea that more people provided for their families in the field of hospitality. All of these guests then shopped locally, buying everything from perfume to a new dress to getting their hair done at a local salon. The thought of the economic ripple on our city excited me then, and it still excites all of us at the agency. It’s at the core of what we do at Heron Agency: move the meter revenue wise for our clients by producing impactful campaigns.

Obtaining business for Chicago might seem easy for anyone that lives here, for as we know our cosmopolitan city is a cultural mecca, with world class museums, sports teams, shopping, and is so beautifully situated on lovely Lake Michigan. But it’s actually quite challenging for these hospitality warriors selling it. Chicago competes most frequently with destinations such as New York, Las Vegas and Orlando, and these cities have massive ad budgets allocated for tourism – think about the “What Happens in Vegas, Stays in Vegas” campaign as an example. Our city’s hotel tax increased this year to 16.4%, now on a par with Las Vegas and New York, but with no increase in tourism dollars for advertising.

Adding to that challenging issue is the fact that there has been a glut of hotel openings in Chicago over the past year(s). We have a lot of inventory. The same goes for restaurants – in Chicago alone, we have over 6,000 dining establishments, and that number doesn’t even include over-the-counter restaurants. We have some of most amazing world class chefs right in our backyard, clichéd as it sounds. Lauren Viera of Forbes Magazine said of our city “Chicago once had a food reputation limited to pizza, ballpark dogs and steakhouses. But the past decade and beyond has seen the city emerge as a leader in the nation’s farm-to-table trend, in part because of the its proximity to some of the nation’s best farmland.” Our city’s dining scene is more interesting and fresh than ever.

And theaters? We have a whopping 300 plus theater companies producing in Chicago on any given night. Many of these theaters feature fabulous local talent, Broadway talent, and there are so much new transplanted artists on our stages, as the city has a reputation with actors that it is liveable and sustainable career wise. Chicago has long been lauded as a city that is the try out capital for New York, which couldn’t be more true. So many of our productions have gone on to be presented on Broadway, and so many of our actors go on to play there as well. Many of those actors in turn return to the city that they love to perform here. How much are you and your family taking advantage of our acclaimed theater scene? Thoughtfully take this in: a potential client stopped in our office for a meeting this week and said that he had just bought a ticket for a hot show on Broadway. It wasn’t the top tier ticket, but it still cost him $486 for one ticket, plus the $86 Ticketmaster fee. In Chicago, you can see equally phenomenal and memorable theater production with the price of two tickets under $100 in most cases.

This January and February, convention business is slow in our city. Some major expected convention business did not actualize. For that reason, you can stay extremely affordably at a Chicago hotel, experience our acclaimed theater scene and dine at a highly regarded restaurant, all while indulging affordably. If you are not from Chicago, here’s some good news from today’s Chicago Tribune regarding the tumbling oil prices slashing airfares: http://www.chicagotribune.com/business/ct-cheap-airfares-chicago-0121-biz-20160121-story.html. Better yet, plan a meeting, a reunion or a party – does anyone really need an excuse to stay at a hotel or throw a party? I know that I don’t!

Think of the wellness benefits that you are giving yourself by indulging in renowned culture while staying at a luxurious hotel….and doesn’t that feel so much more decadent when it’s affordable? Here are links to some of our great clients. We at Heron Agency encourage you to cause an economic ripple!

Renaissance Chicago Downtown Hotel located on the iconic corner of State and Wacker:

The Apollo Chorus of Chicago

Marc Salem’s Mind Over Chicago at the Apollo Theater Chicago

The Warehouse Pizzeria and Bar

The All Chocolate Kitchen