Heron is the agency of record for Music City’s newest luxury hotel, The Westin Nashville

Known for our strong national media contacts, both on the consumer and trade side of the hospitality industry, Heron is the agency of record for Music City’s luxury hotel, The Westin Nashville. In preparation for the city’s most highly anticipated hotel, the Heron team executed several pre-opening events to create buzz surrounding the opening, including a Topping Off event and media sneak peek featuring Grammy nominated artist David Nail. In the hotel’s second year, Heron Agency has worked to keep the property top of mind by developing innovative strategy campaigns including a Royal Wedding Package and Watch Party that garnered national and international media attention to the property.

Media impressions for the campaign totaled over 30,000,000 before the hotel even opened. The media turnout for the Topping Off event was unparalleled, with every Nashville TV station in attendance to get a behind-the-scenes look at the city’s newest luxury hotel. To keep the momentum going, Heron pitched new management hires, resulting in press coverage in top trade publications including MEETINGS FOCUS, HOTELS, BIZBASH and MEETINGS + EVENTS to name a few, as well as press on the F&B concepts of the property with features in EATER, Nashville Post and the Tennessean. Top highlights included placements in national consumer publications including InStyle and SELF, putting The Westin Nashville on the map as the most highly anticipated hotel in one of the nation’s hottest and most up-and-coming cities. With national coverage in its year, including placements in publications such People Magazine, USA Today, MSN, Southern Living, and Food & Wine, the property, along with its food and beverage outlets, has remained front of mind as one of the top travel and dining destinations in Music City. 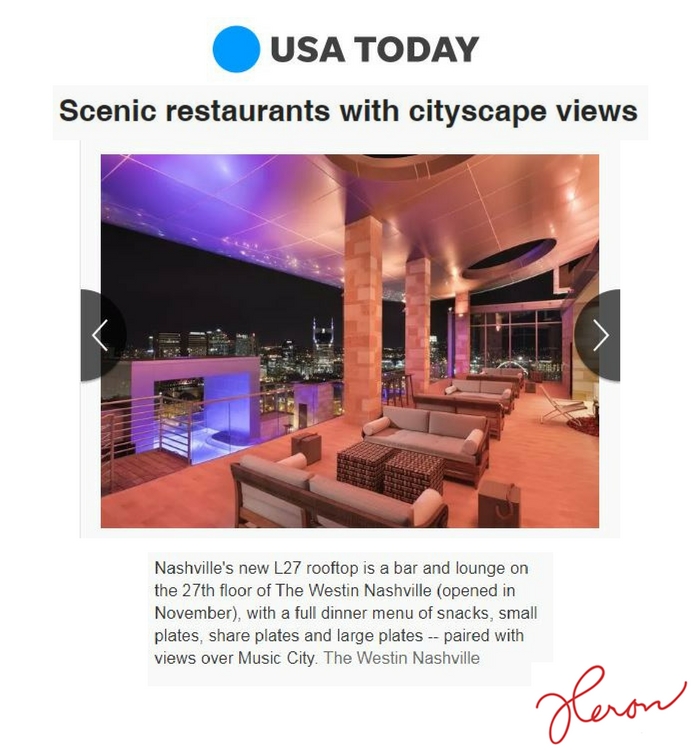 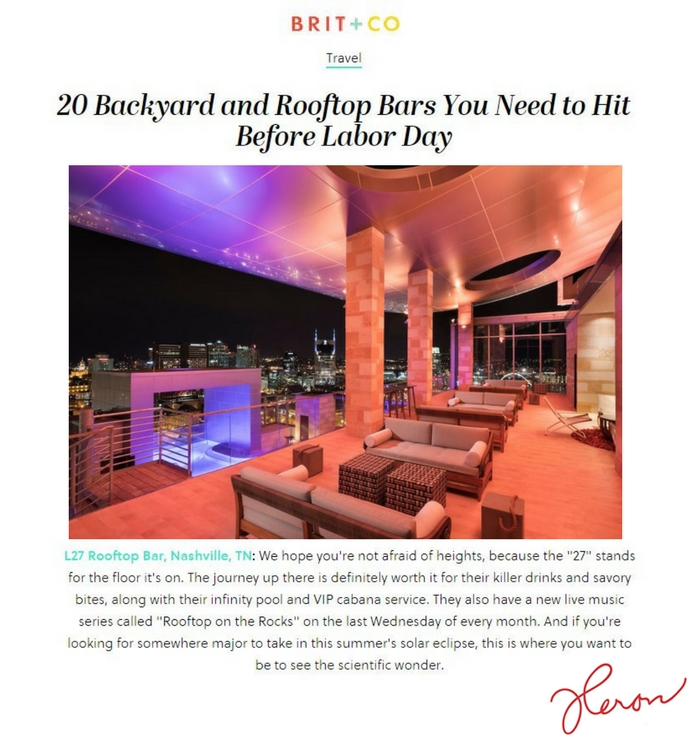