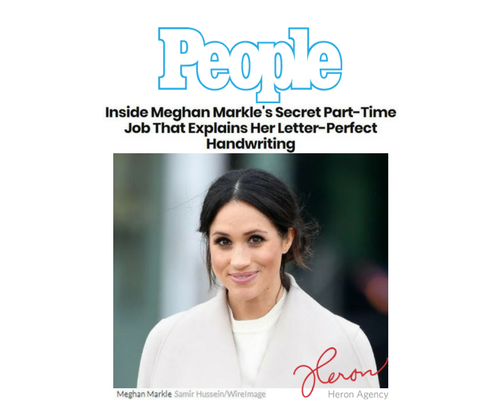 We are excited to share a placement we secured for our client Paper Source with People Magazine! Did you know Meghan Markel previously worked as a calligrapher before she met Prince Harry? Check out the full article on the royal bride-to-be below.

Before stepping into the spotlight as a future royal and prior to her role on Suits, Meghan Markle worked as a calligrapher.

The royal bride-to-be taught calligraphy, gift-wrapping and book-binding at the Paper Source store in Beverly Hills from 2004-2005.

“It was her part-time job as she was going through auditions,” Paper Source CEO, Winnie Park, tells PEOPLE. “She taught calligraphy and hosted a group of customers and instructed them during a two-hour class on how to do calligraphy.”

In addition to her job at Paper Source, she also worked as a freelance calligrapher, writing the invitations for Robin Thicke and Paula Patton’s wedding in 2005. 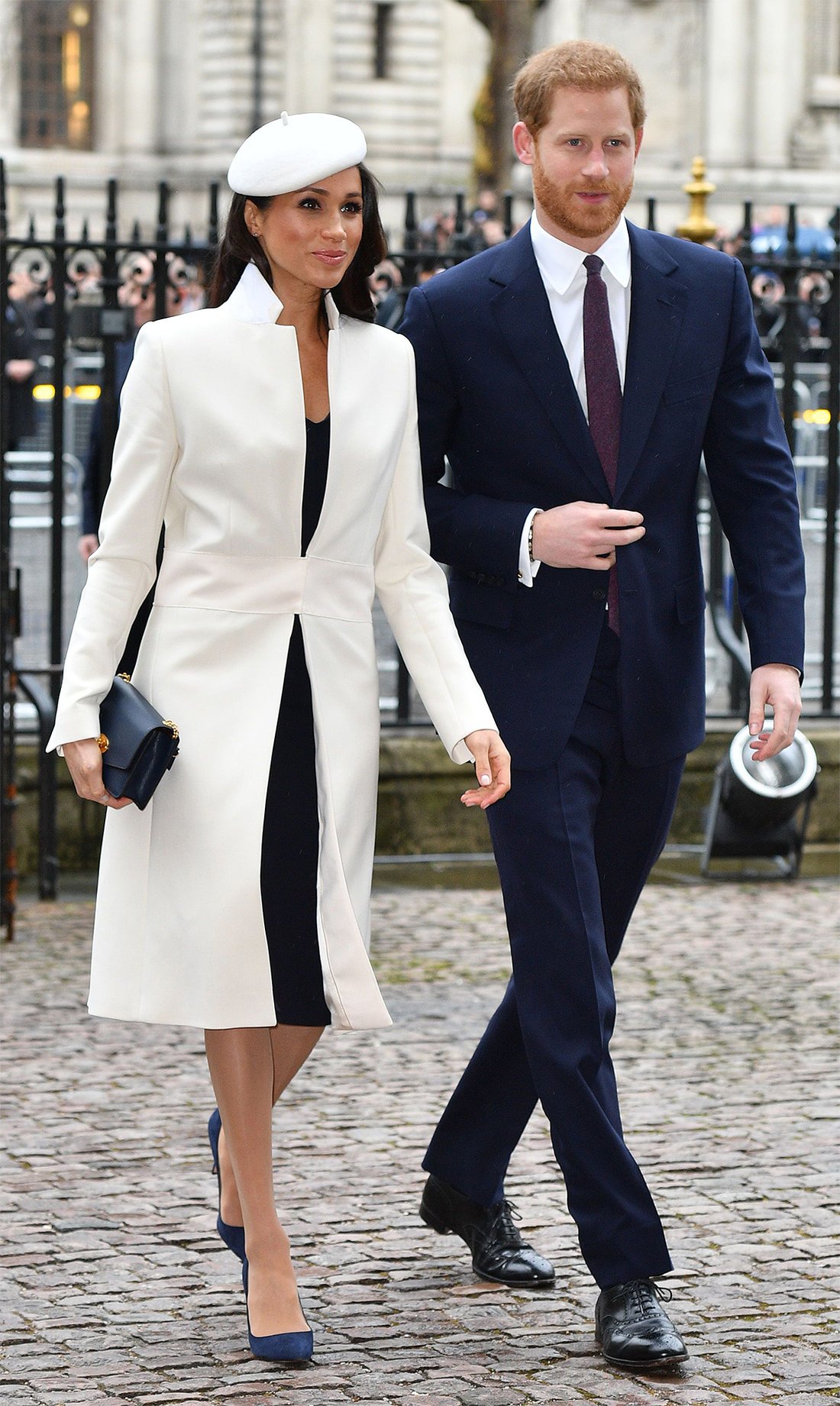 Meghan wrote about her love of handwritten notes on her former lifestyle blog, The Tig: “I think handwritten notes are a lost art form. When I booked my first [TV] pilot, my dad wrote me a letter that I still have. The idea of someone taking the time to put pen to paper is really special.”

And her artistic side was what scored her the gig at Paper Source.

“She’s someone who really enjoys the creative aspects of the job, who enjoys helping people and also someone who enjoys making creative projects come to life,” Park adds. “Our sales associates are screened for their creativity.”

“She would have advised customers on projects — from wedding invitations to creating personalized stationary to gift-wrapping,” she adds. “She has talked about being a big fan of custom stationary and think it’s the best gift to give a friend.”

And Meghan’s intimate knowledge about what goes into creating wedding invitations is coming in handy as she prepares for her own royal wedding to Prince Harry in just two months. 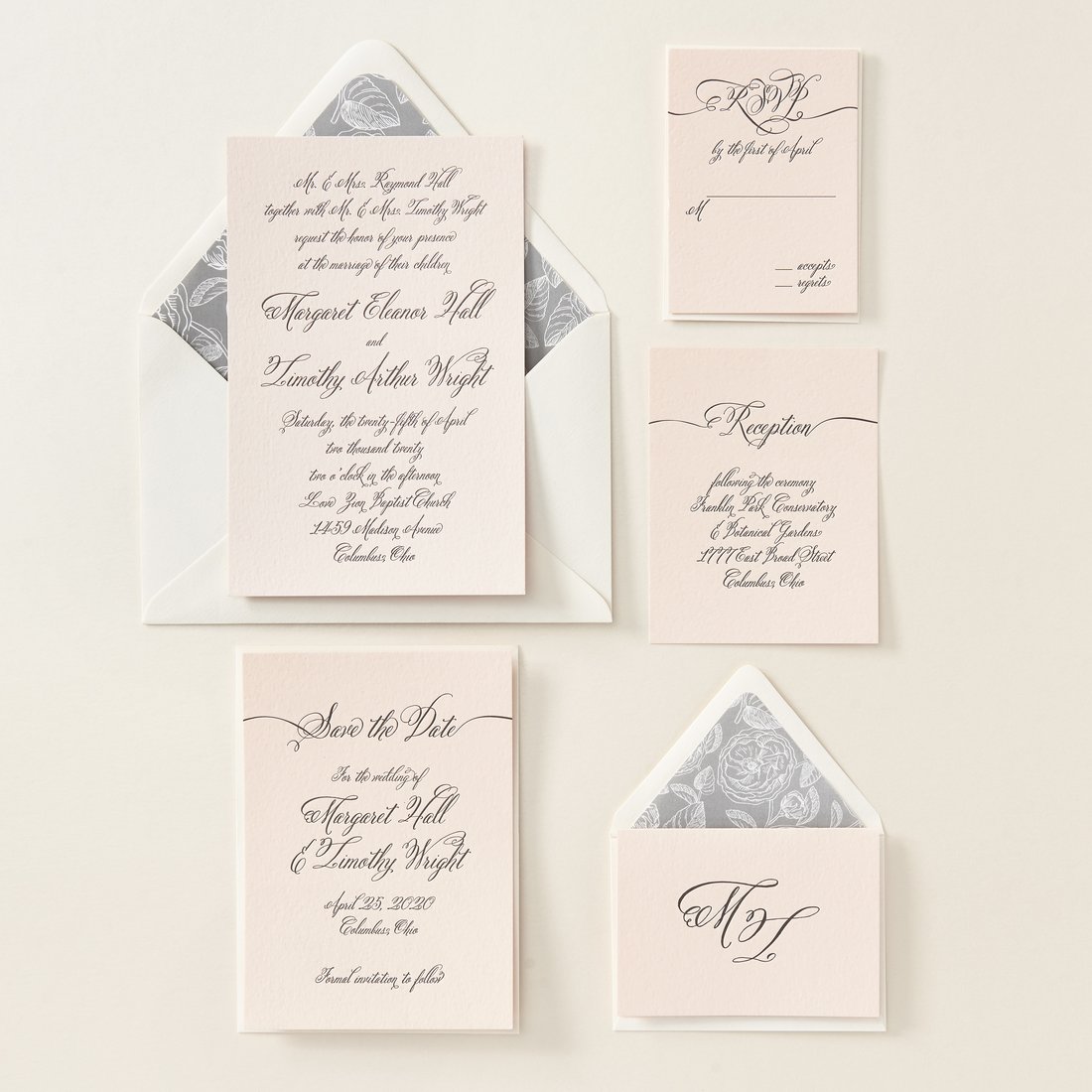 While the couple’s formal invitations were just sent out, Park thinks there will be a second, more personal invitation to follow in the mail for those closest to them.

“They are a couple who would send a personal touch to close friends and family,” Park says. “My guess is they will likely have a very personal invitation going out specifically for events before or after the formal ceremony.”

And based on her love of calligraphy, Park thinks Meghan would likely address them herself, adding personal touches by choosing colors they enjoy and references to their relationship.

“A big trend we’re seeing is couples addressing invitations with beautiful stamps from around the world,” she says. “They could choose stamps from places that mean the most to them: Botswana, the U.K. and the U.S.” (The couple went to Botswana shortly after Markle’s 36th birthday in August 2007.)

“She’s such a renaissance woman,” Park adds. “She’s definitely a modern royal-to-be – and this is going to be a modern royal wedding.”